Summary: People living in Belize offer advice about real estate. How do you find a home in Belize? Should you buy or rent? What is the cost of housing?

How do I find a place to live in Belize?

We asked expats how they chose their neighborhood and found a place to live. They answered:

"I lucked out with a bit of alone research. I found a listing on a Belizean rental site. The apt ended up being in the suburb area, for a 1 bedroom that ended up costing the same price as rent in the center of town and other parts of town usually where the locals live," remarked another foreigner who made the move to San Pedro.

"Originally San Pedro, Ambergris Caye, but after 4 years it got over populated and prices went way up. Moved to the mainland Northern Belize were there is less rain and humidity and 15 minutes from Chetumal where you can get low cost everything," explained one person living in Corozal, Belize.

What is a typical expat home or apartment like in Belize?

"1 bedroom apt. Washer/Dryer, Internet. A couple of steps away from the beach. Living on an island [Ambergris Caye], you are NEVER to far from the beach. Yes, several expats live in the suburb type area," remarked another member in San Pedro.

What is the average cost of housing in Belize?

If you are thinking about moving to Belize, cost of living in probably a key consideration. Expats commented about the cost of housing:

"Lower. Average cost with some amenities is $400 US, I also have heard that for that price or a little more you can rent a whole house instead," remarked another foreigner who made the move to San Pedro.

"Housing cost is about 50% less if you are a owner builder. Avg for land and house is $80k US and the ROI after three years is about triple that," explained one person living in Corozal, Belize.

Should I buy or rent a home in Belize?

If you have not spent a lot of time in Belize, you should rent before even thinking about buying. We asked expats there about the buy vs. rent decision:

"We purchased a seaside lot at Sittee Point and had a home built through a local builder. Rolando Gonzalez kept us informed regularly with emails and pictures, so we never felt isolated from the process," said another expat in Hopkins Village.

"We purchased a lot along the sea and had a local builder construct a home for us. It was all done primarily through email correspondence and money transfers. He sent us regular pictures and reports to keep us informed," remarked another member in Hopkins Village.

What do I need to know when buying property in Belize?

When we asked expats what advice they would give a foreigner before buying a property in Belize, they said:

"Get a long term rental so you have plenty of time to check out properties, locations, and prices. It's helpful to talk to other foreigners who have moved also," explained one person living in Sittee River, Belize.

Are foreigners allowed to own property in Belize?

When we asked expats what advice they would give a foreigner before buying a property in Belize, they said...

"No, I don't believe so. Belize is a welcoming country...at least where we live anyway," explained one person living in Sittee River, Belize.

What appliances are typically included in a rental?

We asked foreigners in Belize what appliances are typically included in a rental, and, if there is anything else included or not included that a newcomer would not expect. Replies included:

"In Belize, most rentals come furnished since it would not be expedient for a renter to purchase furniture, large appliances, and kitchen items.," said another expat in Hopkins.

"Typically the kitchen is fully setup, the appliances are included, washer and dryer are included," said another foreigner living in San Pedro, Belize. 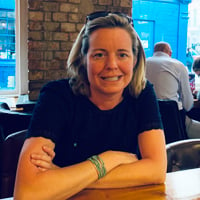 Belize Guide
Learn what digital nomads and expats have to say about living in Belize.

Belize Forum
Talk with other digital nomads and expats in Belize on our Belize forum - meet people, get advice and help others.

Contribute
Help others in Belize by answering questions about the challenges and adventures of living in Belize.

Advice for people renting and buying real estate in Belize.

Contribute
Help others in Belize by answering questions about the challenges and adventures of living in Belize.